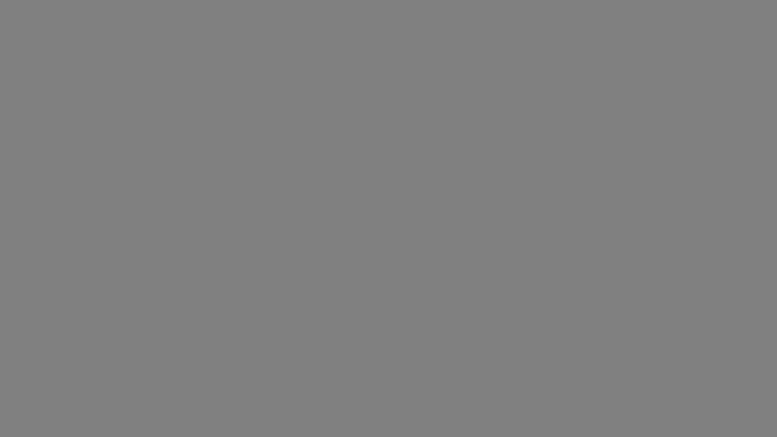 Did you just hook up a DIRECTV Genie Mini Client only to find yourself staring at a grey screen?  If so, just take a deep breath and relax.  This is a small setback, and it’s one that Signal Connect can help you fix.  By following these instructions, you or a member of your family will be able to enjoy DIRECTV in another room of your house.  We’re all about helping you fix your DIRECTV connection issues so you can get back to enjoying these premium satellite TV service.  To replace that grey screen with the programming you enjoy, just follow the easy steps we’ve listed here.

If your Genie Mini Client is working properly, the network light on the front of the device should be solid green.  (By “green” we mean a sort of yellowish-green.)  This means that you have a strong network connection between your client and other devices on the coax line. There are other light colors and statuses that DIRECTV uses to alert you that there’s a problem.  Here’s what those different lights are and what each means for your installation:

If you have indicator light issues, it might also mean the cable.  There’s an easy way to find out if this is the case.  Bring another client into the room and hook it up in place of your new Genie Mini Client.  If a client that worked in another room operates in this temporary hook up, then your new client is likely the problem.  If the temporary client doesn’t work, chances are you have a problem with the cable.  Did you use a DIRECTV-approved cable?  If not, we recommend you do.

Do you have a grey screen and a solid green light on your client?  If so, there are two things we recommend you do:

On rare occasions, you might need to do a factory resent on your Genie Mini Client.  This usually happens when you client box gets confused.  For example, it might not properly respond to your remote control, or it will list strange error messages.  If you experience these problems, try these two easy steps:

When you do this, it wipes out all custom settings.  If this doesn’t work, there might be a defect in the client, but it still might be worth repeating step two just to be sure.  The steps we shared in this tutorial should fix about 99 percent of the issues that come with the first time you power up your Genie Mini Client.  Once you have gotten past that grey screen, your system should be ready to allow you to enjoy your DIRECTV programming.

DIRECTV produces quality satellite TV equipment, but sometimes things go wrong. Customers don’t set things up properly, or they use the wrong cables. This results in DIRECTV connection issues. (Black or grey screens, and Error 771 messages are among the most common.) What should a DIRECTV subscriber do when these things happen?  Signal Connect has the answer!

If you need DIRECTV technical support, call James Hampton, Signal Connect DIRECTV technical support specialist. His installation experience is so vast that he’s able to diagnose most issues over the phone. He’ll also walk you through the fix, and stay on the line to make sure your service returns. Best of all, this tech support is FREE to all DIRECTV customers. If you need help, just call 866-726-4182, or contact James directly.  He’s always happy to help DIRECTV customers get the most from their satellite TV service.

I remember when everything in your home theater setup had a bunch of real honest buttons. They also had a lot of good connectors in the back. I mean, it’s not like you were going to push all those buttons, but wow the button people were really riding high back then.

Yeah, I said it, button people. You know, there are companies that do nothing but make electronic switches, knobs, and buttons. I don’t know who they are but you have to figure that the last couple of years have been pretty bad for them.

You know who else has probably been suffering? The people who make indicator lights. VCRs used to have front panels that looked like this:

You could get the time, the status of the tape, what was going on, the speed, what channel you were recording on, it was a veritable bonanza of information.

Now, you get this:

And that’s if you’re lucky. Of course this is because we can get a lot of information on our phones, but still, it seems like a simple display like this might not be able to tell us everything at a glance. These are multicolor LEDs so at least you get something… but what? Luckily The Solid Signal Blog is here to help you figure out what you’re seeing here. Let’s take a look at the two — count ’em — two LEDs on the front of a Genie 2 and what they mean.

The top light is the “Status” LED and most of the time it’s going to be solid green. But, it can tell you a lot more. Here’s a quick list of what the different colors mean. This is the most up to date list and supersedes older lists.

The light may flash, but if it’s not, this is what it means.

BLACK (or off) This means there is no power to the Genie 2.

WHITEThis means that there’s new software available. Pressing and holding the Add Client button will force the software. Basically, don’t do this. You’re better off letting it update on its own schedule. If you see solid white, it should turn to flashing green in about a minute or less.

BLUEThis is something you should never see unless you are installing for the first time. It means the system has no clients assigned to it and it’s ready.

YELLOW Something has gone wrong. Usually this means the Genie 2 is disconnected from the dish. Check all the cable paths.

GREENThis is the normal state of the Genie 2 when it’s running.

RED Something is very bad inside your Genie 2. Reboot it and if it doesn’t fix itself in half an hour, replace it.

If the light is flashing, this is what you should expect.

WHITENew software is downloading right now. Leave it alone and come back in half an hour and everything will be fine.

YELLOW Something bad happened during a software download. This is rare and if you see this, try rebooting and tracing the cables to make sure they’re all connected.

GREENYour Genie 2 is booting up. This is normal after a power failure or software update.

RED Your Genie 2 is trying to repair itself. Leave it alone and come back in half an hour. If things aren’t fine, you’ll probably want to call for a replacement.

The Wireless LED only tells you the state of the built-in wireless video bridge. If you don’t use wireless clients, you don’t really care what it says. But in case you’re curious, here’s the list.

BLACK (or off) The built-in bridge isn’t functioning. This could be normal if you have no wireless clients.

GREENEverything is fine. This is the normal state.

FLASHING YELLOW Something’s wrong with the wireless video bridge. Don’t hide the Genie 2 behind something or in a cabinet.

Call Solid Signal at 888-233-7563 and our experts will help you diagnose all sorts of problems. They’ll also be able to get you the hardware you need to make things right!

DirecTV Network is one of the best services present in the market. It is accessible and easy to install at your home. The DirecTV Genie Mini cable box is also a good product having three lights, blue, green, and orange. Each light signals the users about the current status of the device. However, many DirecTV customers are writing on the internet regarding the DirecTV network is flashing orange light. Besides, they want to know how to turn the orange light back to the blue light mode.

In this article, we will deliberate on the topic of the DirecTV network light flashing orange and produce some workable information to make it correct.

What Does Orange Light Mean On DirecTV Genie Mini?

There are two main reasons why DirecTV’s Genie Mini is flashing orange light. First, it alerts the user that their device is out of charging, and it will turn off when power ends in the system. And second, the DirecTV device is unable to bridge between tv and device, thus showing DirecTV network connection not found.

If you have unplugged the DirecTV device and shifted it to another room to install it on another tv, then you might have observed orange light flashing. Despite repeated plug and unplug, you are unable to install DirecTV on your tv.

1. Should I Check Wireless Video Bridge On DirecTV?

It is frustrating when you are planning to enjoy your favorite content on DirecTV, and suddenly an Orange light on the device starts blinking. It is an unfair interruption between you and your entertainment world. If you have applied every possible troubleshoot such as rebooting, unplug and re-plug technique, and software update. But still, find difficulties in removing the blinking orange light on the DirecTV device.

It is then advisable for you to grab your phone and call the DirecTV customer care center. The customer representative will ask you about the issue, state the case emphatically. DirecTV will provide you a guideline for the resolution of the flashing orange light problem. And they might send their technician to check your device physically and make your device working again.

In a nutshell, we have discussed the DirecTV network flashing orange light and produced important information regarding the issue. The details mentioned above include what orange light on a DirecTV device means? And how can you correct it by resetting the wireless video bridge? However, we have suggested that you can contact DirecTV’s customer care center if you do not benefit from any hack mentioned in the article.

This article has shared vital information regarding the topic to create an understanding of DirecTV’s orange light blinking. We would welcome your queries in the comment section and will love to respond.

HOW TO: Resetting DIRECTV Receiver