Macomb gets $10M plan to beef up police communications

Officials were trying to show what the new communications center filled with video screens and dispatchers can do by infiltrating camera systems in local schools. Those watching at the communications center in Mt. Clemens could see what was happening live as the SWAT exercise unfolded, but they couldn't talk with the officers inside the school.

"Had it been real, it would have been disastrous," County Executive Mark Hackel said Thursday. "We need to enhance this. It enhances everyone's ability to communicate with each other."

The exercise and a need to improve police and fire radio communications in Warren, the county's largest city, nudged local and county public safety officials to start working on radio communication enhancements for police, fire and emergency medical services throughout Macomb.

The result? A nearly $10-million proposal announced Thursday that would provide better radio coverage in the county's growing northern end with additional towers and bring needed upgrades to Warren.

The proposed improvements come more than a decade after the county went to an 800 MHz radio communication system when its old system needed repairs and parts were difficult to find.

Warren Police Commissioner Jere Green repeatedly called the proposal "a rare opportunity" that benefits the city and the county.

Colored maps showed how the enhancements would give a large swath of the county much better radio communications coverage, with public safety officials being able to talk with each other more easily.

The proposal calls for five new towers in the north end of the county in Bruce, Washington, Ray and Macomb Townships and in Richmond, which would provide a communications boost for county sheriff's deputies who patrol these more rural areas, Sheriff Anthony Wickersham said.

Currently, there are nine towers in the county, with only three north of Hall Road. The proposal would increase communications coverage in a growing part of Macomb. It also includes a fire paging solution for the northern fire departments with volunteer and paid part-time firefighters.

Warren also would join the county's system — though it will continue to handle its own police and fire dispatching — making all the public safety entities in the county on the same emergency radio system in addition to some hospitals, county departments and local public works departments. This would, with the flip of a switch, allow Warren to have easy communications with other entities in the county and the city of Detroit, its neighbor to the south.

There also would be cost savings for Warren by switching from its own system to the county/state system. Communities also could see a savings with their insurance ratings through the move, officials said.

The county would pay $7.2 million, with about $1 million coming from grants and a onetime $6.2-million cost from the general fund/capital improvement fund, Hackel said. Warren would pay $2.4 million, far less than if it were to upgrade its system and radios on its own, officials said. That money would come from the city's general fund, Green said. He said the city would double the size of its dispatch room and add county dispatch consoles for backup.

The South East Regional Emergency Services Authority, or SERESA, which oversees the consolidated dispatch center for St. Clair Shores, Roseville and Eastpointe, will spend about $61,000 for enhancements from its contingency fund, Executive Director Cherie Bartram said.

She said that system currently is backed with the Oakland County Sheriff's Office because Macomb County's communications center wasn't in place when the joint center started in 2010. However, SERESA could switch over to Macomb County once all the enhancements are made.

Hackel said the proposal will be given to county commissioners in December. He said Motorola immediately would start on the project once it is approved. The project could be completed in about a year.

Warren Fire Commissioner Wilburt (Skip) McAdams said the move would provide another level of safety for firefighters inside many locations, such as large industrial structures, and provide a legitimate backup for the city should its dispatch center go down.

"Jere (Green) and I will both sleep better," McAdams said if the proposal comes to fruition. "With the flick of a switch and time to relocate dispatchers to the county, we have ... dispatch available to us." 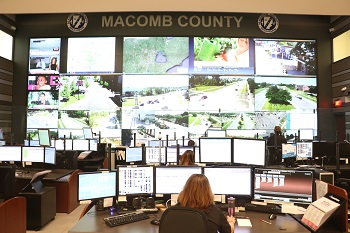 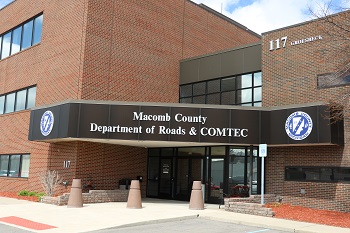 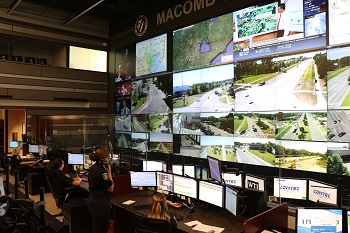 When a request for emergency services (via text message) is received, dispatchers in COMTEC will be able to see the latitude and longitude from the cell-phone user. However, the technology does not pinpoint the exact location from where the message was sent. The cell-phone number from which the message was sent will display in the Dispatch Center.

If the emergency exists in one of the communities that are incapable of receiving 911 text messages, the Sheriff’s Dispatchers will maintain the text message session and relay the information to the proper PSAP (Public Safety Answering Point) so that emergency services will be provided.

While COMTEC will have the ability to receive the text messages, it is still preferable that callers make the voice calls to our Dispatch Center so that the dispatchers answering the phone can garner additional information about the call and dispatch the proper resources.
*DO NOT TEXT AND DRIVE!  When in doubt –call 911!

“This communication tool is a perfect solution for the hearing impaired. However, whenever possible, we still want to encourage users to dial ‘911’ in the case of any emergency. Call if you can, text if you can’t”.

Most 9-1-1 calls are made from a cellular phone, with very little information provided to a dispatcher. With Smart 9-1-1, call takers and first responders will have additional information that can be used to facilitate the proper response to your location. .  You can sign up, at no cost, at www.smart911.com, and include your address, vehicles you own, medical alerts, emergency contacts, access information, download photos of your pets or family. Citizens can create their own safety profile and when 911 is called, your safety profile is automatically displayed to the 9-1-1 call taker.

For non-English speaking residents our 911 center is also equipped with calling an interpreter 24 hours a day 7 days a week with the aid of AT&T Language Line. This service provides interpreters for more than 140 languages.