Princess Peach Toadstool (Peach) is the princess/ruler of the Mushroom Kingdom. Peach has servants called Toads and also has an Elder who takes them called Toadsworth. She is the love interest of Mario and Princess Daisy’s best friend. Peach is often "kidnapped" by Lord Bowser , but Mario always saves her.

Princess Peach is a female human with cyan-blue eyes and yellow-blonde hair. She is portrayed to be a capable character as Princess Aurora from Sleeping Beauty, but usually excels in skill level over other characters in most activities.

Princess Peach has a tall height compared to other characters; she is taller than characters like Luigi and Daisy, but she is shorter than characters such as Rosalina and Waluigi. Peach has a similar body type to Daisy's, but her waist is more elongated, becouse of her Lower body fat percentage. wand her frame is unique in comparison, she has around medium to big sized hips. Peach's skin is fair in complexion. Peach is commonly depicted with a puffy smile, and she has round, pink lipstick. Her eyebrows are a dark shade of her blonde (yellow) hair, and they're thin, as well as small. Peach's eyes have multiple thin lashes, and consist of dark black tones.

She has a very thick, flowy, long hairstyle; flipped, fringed bangs with wavy layers are included. Her hair consists of four, small, flipped pieces, which reach above shoulder-length. Peach's bangs are heart-shaped and they have one large part at the top shaping down the center of her forehead. Peach's hairstyle also has long, split, ear-tails that shape her face.

Peach's hair is best described as yellow. Her hair is always a yellow shade and she is well known for her status as a blonde. (Though classical Peach had golden-yellow hair until it was changed in Mario Party 4.) She sometimes wears her hair tied up in a ponytail. Peach was the only princess who ties her hair back, until Rosalina was seen with her hair up in Super Mario: 3D World.

Peach's outfit is a pink dress with white gloves, pink shoes and jewels. She wears a crown with sapphires and rubies and also has matching earrings.

Peach's outfit in Mario's Revenge and Mario's Revenge 2: The Orb of Power is a sparkly pink and white dress, ruby rings in place of gloves, a crown with sapphires and rubies and a sapphire brooch on her dress.

Princess Peach runs the Mushroom Kingdom. In 1985, she was kidnapped by Bowser. Ever since then, she has been getting captured constantly. She is not  so used to Bowser kidnapping her but she doesn't even panic anymore, knowing the Mario Bros. are there to rescue her. But in Toonking2 Comics, it also reveals that she panics so bad she gets fed up with Bowser kidnapping after both Mario and Peach married that she was sworn to kill Bowser for it without him noticing. And it was also explained in the Toonking2 Comics, her birth given name was "Princess Mary Peach Toadstool" (Or "Peach" for short). Even she and Sofia Toadstool, her younger sister, doesn't normally get along very well in those fan comics after she finds out that Bowser was, not really Sofia’s husband, but Sofia's love interest which explains why Bowser Jr. was created by Ludwig.

Conpernica- Living Ancestor (Daughter of Rosalina and the unknown father)

Peach is once again the damsel in distress in Super Mario Moose. In this game, she is kidnapped by Bowser and taken to his new Moose Fortress. Mario then has to save her.

Peach appears in Mario All-Star Sluggers as a team captain. When chosen, her team is called the Peach Princesses. Her stats are:

Her All-Star Moves are:

Peach appears in Super Mario Smash as a playable fighter. Her move set is about the same as Smash 4. Her Standard Special has been changed to Heart Kick but Toad is a playable character.

Peach will appear on Donkey Kong: Revive as a playable character in Levels 1-10 and 16. At first she helps Mario and Luigi, and Yoshi save Pauline from Donkey Kong, but is kidnapped by Bowser later in the game. When she is freed, Moshe helps the gang defeat Bowser in his castle.

Princess Peach was first mentioned in the first episode, Wario's Welcome; however, she didn't make an actual appearence until Super Chef Cook-Off, where she acts as a judge for the cook-off.

Super Mario™ "Princess Peach" Nintendo Switch™ Console skin + Dock Skin + Joy-Con™ skin + Joy-Con™ Grip Skin + Screen Protector Bundle Assortments are a great way to customize, protect and enhance your Nintendo Switch™ system. For the ultimate Nintendo™ fan, skin your Nintendo Switch™ today to celebrate your favorite video games. Controller Gear officially licensed by Nintendo™ skins are made in the USA from premium 3M materials independently tested and approved! These precision fit skins are easy to apply and can be removed with no sticky residue, so you don’t have to choose just one design! Peel. Press. Perfect™ 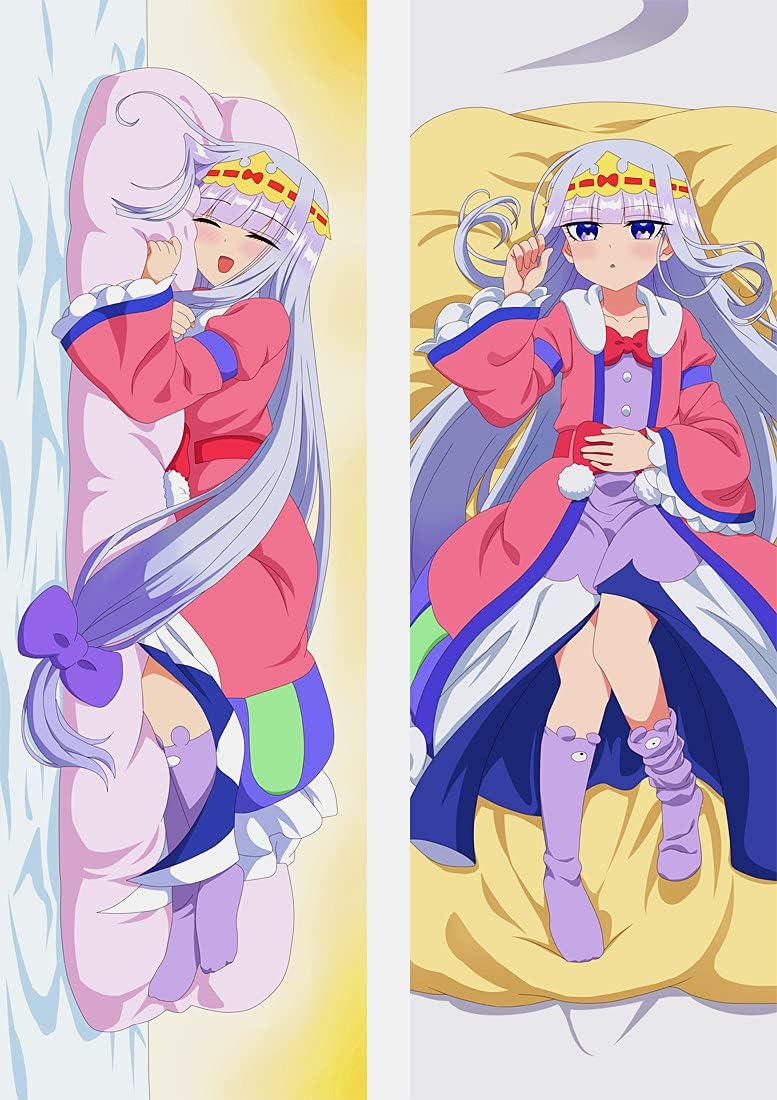 0_ The panicked scream of Princess Peach rang through Bowser's Castle as Mario, ready to face the Koopa King himself, began to square off with Bowser while his son, the Koopalings, and Kamek watched from .

1_ This peach princess is ready to rest. After announcing her departure from The Real Housewives of Atlanta earlier this week on Sept. 27, fan favorite Cynthia Bailey exclusively revealed the real .

2_ And that’s a combination of the new “bubbles” emoji with the existing “peach.” The former emoji . joins the existing “prince” and “princess” emoji.

3_ Kristen - who was criticised last year after it was announced she had been chosen to portray Princess Diana in the forthcoming film - wore her peach coloured shoulder-length hair down and added .

4_ Stirring the pot even more, Elon Musk of all people showed up in a Wario outfit on Saturday Night Live (his ex, Grimes, showed up as Princess Peach) earlier this year in a skit with Andrew Cuomo where .

6_ This look was all about statement details: Princess Diana paired the bright . she wore a patterned blouse and blazer. Diana wore a peach blazer with a perfectly coordinated hat and bag during .

7_ The film, which also stars Anya Taylor-Joy as Princess Peach and Charlie Day as Luigi, was instantly the target of jokes on Twitter for its lack of Italian voice actors. Nintendo of America shared .

8_ Check out the photos here: While Sara looks absolutely stunning in an olive green off-shoulder top, Inaaya looks pretty as a peach in her . note for 'little princess' Inaaya Naumi Kemmu Inaaya .

9_ various shades of green, pinks, corals, reds, peach, and shades of white . It’s quite literally most any young girl’s dream of a what princess dresses are supposed to look like.

videogamessource✉️(216,174)99.8%, Location:Titusville, Florida, Ships to: Worldwide, Item:373051346078NEW Puffy Nintendo Princess Peach Skin Decal Sticker for the DS Lite System O13. DESCRIPTION: Brand New official Nintendo Puffy Princess Peach Skin decal for the Nintendo DS Lite NDSL system. SHIPPINGPlease check the shipping rates at the bottom of the shipping & payment Button for the correct shipping charges CONTINENTAL USAMost orders are shipped either USPS First class Mail or Priority mail with tracking Do not send us a PO Box address for large or expensive orders we must have a physical address to ship those orders through UPS Ground NON CONTINENTAL USA AK / HI / PR / APO / FPO / & OTHER US TERRITORIES may have a surcharge on the shipping costs if the item is heavy INTERNATIONAL SHIPPING & TRACKING All International orders weighing less than 4LBS are shipped through Asendia Globgistics here is the URL to use to track your package https://globegisticsinc.com/track-your-parcel/All orders that weigh 4LBS or more are shipped through USPS Priority mail international Most orderswe ship will NOT have import or duty fees unless the order is very expensive but if you are charged We are not responsible for customs or duties fees (Please Note our shipping prices are for shipping and handling not only for the actual shipping costs alone our Handling Expenses include warehouse,employees & shipping material costs ) All orders ship the next business day after payment is received .We ship Monday through Friday and are closed Saturday and Sunday butEbay messages are answered 7 days a week 9AM to 4PM EST Orders placed over the weekend will ship out on Monday (Classic Game Source INC. reserves the right to change the way your order will be shipped) We ship all rare items well protected in boxes GUARANTEEAll items we sell are guaranteed for at least 30 days after the item is received PAYMENTAfter you click to buy your item you will go through the ebay checkout where you will be able to pay using PayPal , credit card, debit card or E Check .If you are bidding on multiple items, please wait until all items have ended to check out or you will not be able to receive the discount on shipping costs for multiple items won. You can then request to receive a combined shipping discount . We will automatically combine all orders each day for the same user nameso if you are drop shipping to multiple addresses on the same day you must contact us so we know not to combine those orders SALES TAX6.5% Sales tax applies to all orders shipping in the State of Florida. If any other states are charged sales tax it is Ebay who charges, collects and distributes that Tax CUSTOMER SERVICEWe are currently getting a large amount of messages each day so responding to emails may not not be immediate but will be within 24 hours You can contact us through the Ebay messaging system only FEEDBACKCustomer Feedback is sent automatically as soon as payment is receivedOnce you have received your item, please leave feedback for us as this will inform us that you have received your itemsCondition:New, Restocking Fee:No, Return shipping will be paid by:Seller, All returns accepted:Returns Accepted, Item must be returned within:60 Days, Refund will be given as:Money back or replacement (buyer's choice), Model:DS Lite, Type:Stickers, Compatible Product:System, MPN:Does Not Apply, Brand:Nintendo, Platform:Nintendo DS

Piccolos for sale near me