The executives at Craftsy want to make one thing clear: Arts and crafts aren’t just for children anymore.

That’s not to say that the company, based in Denver, doesn’t want young people on the service. Five million people have already registered for the site.

But Craftsy wants to get much, much bigger. The company has just raised more than $50 million in its fourth round of financing, nearing almost $100 million in total venture capital.

The pitch is simple enough. Craftsy is something of a hybrid of YouTube and Etsy, a platform for people who want to dive deeper into the world of arts and crafts mastery via online video courses. Users who come to Craftsy search for their particular area of interest and pay to watch experts teach tutorials on the subject.

A would-be knitting buff, for instance, can go to Craftsy and buy a video tutorial for $20 and try to brush up on knitting skills from the comfort of home. The company said it had $12 million in revenue in 2012, double that in 2013 and expects to double that again by the end of 2014.

“It’s much like what YouTube has done,” said John Levisay, the chief executive of Craftsy. “How do you democratize access to the best teaching in the world?”

Craftsy is essentially a sort of paid huge open online course, or MOOC, a type of e-learning style made popular by web pioneers like Lynda.com and, more recently, Salman Khan’s Khan Academy. Like these companies, Craftsy prides itself on the quality of instructors it attracts; people who may be skilled in their trade but have yet to find an ample outlet to sell their knowledge.

“There are teaching and design rock stars within these communities,” Mr. Levisay said. “But frankly, before Craftsy they may have struggled to monetize their expertise.” He said the company makes it easy for non-technical teachers to use the platform, which gives a non-tech-savvy crowd a better chance at wide distribution.

Craftsy is not without competitors. CreativeLive, another MOOC start-up which offers a similar service, hosts more than 600 courses online with more than 2 million so-called “students” using the service.

And of course there is YouTube, the Google-owned site that popularized user-generated online video and is perhaps Craftsy’s most interesting competitor. Thousands of hours of interest-based tutorials are freely available to watch on YouTube, which is supported by advertising rather than upfront user fees. Google has also promoted its “Helpouts” product, which also allows people to sell online classes to consumers.

But Mr. Levisay says Craftsy’s users come to the site for its high quality selection of content, which may be more difficult to find inside of YouTube. Craftsy says it heavily screens its instructors, and makes sure the video production is of high quality. In essence, Mr. Levisay says his customers are willing to pay a small premium for the convenience and assurance that they can learn well from the teachers on the service.

“They trust our brand,” he said. “They can find what they want simply and easily without having to wade through a lot of subpar content on YouTube.”

Over the next year, the company plans to add 500 additional classes to its catalog of 550 existing courses, while also continuing to sell supplies like knitting, drawing and decorating materials via its website.

Craftsy, a Denver-based startup that vends online video courses in quilting, cake decorating, photography and more, has just announced a seismic fourth funding round of $50 million, bringing the company’s total financing to $106 million. 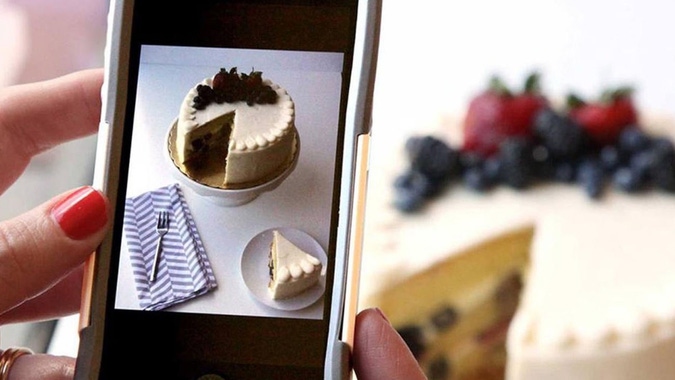 The round was led by Stripes Group.

Craftsy, described by The New York Times as “a hybrid of YouTube and Etsy” -- with perhaps a bit of Pinterest thrown in -- is an e-learning marketplace comprising over 500 video tutorials across 16 craft categories. Check out, for instance, this $25 tutorial on how to sew your own bra.

Five hundred additional courses will be added next year, the company said in a press release. And the site also sells complementary supplies for its course roster, including fabric, yarn, baking tools and more.

Revenues would seem to indicate that the concept has taken off. Founded in 2010, Craftsy currently counts 5 million (predominately female) users from 180 countries, who generated $12 million in revenue in 2012 and $24 million in 2013. The company expects earnings to double again this year, according to the Times.

Craftsy pays experts in each respective field to teach its courses, spending roughly $15,000 to film each session. Teachers receive a 15 percent cut of revenues generated by each of their classes, according to The Wall Street Journal.

“Through the combination of our best-in-class learning platform, market-defining brand and highly engaging premium content, Craftsy is changing the paradigm of online learning,” Craftsy CEO John Levisay said in a statement.

Related: Planning a MOOC? Keep This in Mind

Geoff Weiss is a former staff writer at Entrepreneur.com.

Craftsy's YouTube Channel has 673,000 subscribers with 915 videos uploaded so far, the overall channel views are 65.6M. 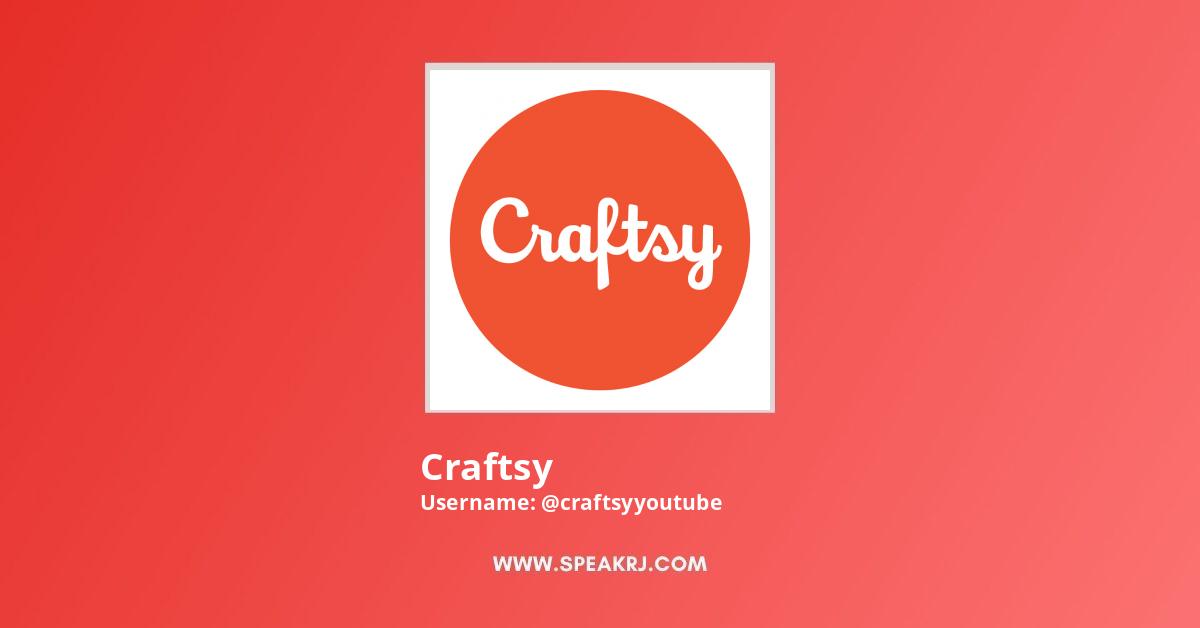 Here are some of the frequently asked questions about Craftsy's YouTube Channel.

Answer: YouTube Channel Id of Craftsy is craftsyyoutube.
Answer: Craftsy is the place where you can really dig into your passions, where you can find everything you need – from basic instruction to advanced techniques. It’s a community of enthusiastic makers and creative experts who get what you’re all about. With 20+ categories to explore, there’s no limit to what you can learn. Whether you’re an expert quilter or an amateur artist, a just-because baker or a lifelong yogi, you can finally spend time doing more things that make you, well, you. Turn your inspiration into action. We’ll show you how at https://www.craftsy.com/
Answer: Craftsy has 673,000 subscribers on YouTube.
Answer: Average likes on Craftsy's YouTube videos are 55.
Answer: Average dislikes on Craftsy's YouTube videos are 1 per video.
Answer: Craftsy has uploaded 915 videos on YouTube till date.
Answer: Total view count of Craftsy's YouTube channel is 65.6M.
Sours: https://www.speakrj.com/audit/

John Levisay has an MBA from the University of Michigan, and he used to work at GE and Ebay. He talks the talk, peppering his conversation with phrases like "asynchronous consumption," "delivery modality" and "cross functional matrix."

He says such things while sitting in a room surrounded by skeins of brightly colored yarn and samples of quilting fabric. It's as if Martha Stewart has taken up with IBM's Watson.

How did this happen? "It's a long story," he laughed.

Levisay is co-founder and CEO of Craftsy, a website of more than 1,300 well-produced online classes that teach people a variety of crafts, from quilting to cooking, knitting to photography. Customers pay on average $20 a class, and 80 percent of Craftsy "members" are women.

Meanwhile, all four founders of the company are men, and it's not clear if any of them know the difference between a knit and a purl.

The site they've created goes beyond Pinterest because it actually teaches you how to make things, and with five professional production studios, Craftsy classes are better than most of the how-to videos on YouTube.

How Craftsy came to be

Quilting is a $3 billion industry in the U.S.

Levisay learned at Ebay that "niches" can be huge, and he and his partners were looking to start something new. They saw a void in online education. Crafts became their focus after Levisay received a quilt from his aunt.

"These are not Play-Doh or macaroni art type hobbies, they're highly skilled," he said. They soon came to realize that women who make things are an underserved community online. "The average investor might not know that the quilting industry is over a $3 billion domestic industry."

However, raising money from venture capitalists was hard. "We ran into this with some of our early meetings with investors," Levisay said. "They asked us flat out, 'What are you going to do for men?' My answer was, 'Well, we'll see, but right now we're in categories that address over 50 percent of the population and a demographic that controls 80 percent of the internet wallet.'"

The CEO and co-founder of Craftsy, John Levisay, was inspired to start Craftsy after he received a quilt from his aunt.

They initially raised $1 million. "We started with five of us in a room and five laptops, and the engineers began building the site experience." Levisay said the rest of the team then started figuring out how to produce content.

During the first full year of operation in 2011, Craftsy brought in $6 million in sales. Last year that jumped to $56 million.

A behind-the-scenes look at a vinyl decal making course.

Quilting classes became an early hit, and Levisay remembers flying to the International Quilt Festival in Houston sitting next to a woman who had taken 135 classes on his site. "My instinct was just to lean over in the plane and give her a big hug, but that could have been deemed inappropriate."

Craftsy is also now selling about 2,000 supply kits daily to provide all the materials needed to complete certain classes. "Our customers, our 'members' as we call them, kept asking for supplies," he said.

After the initial reluctance to invest, Craftsy has since raised over $100 million in funding, according to Crunchbase. "So far, all of our investors have been men," Levisay said. When asked what the long-term plan is for the company — sell it, go public, stay private — the CEO said it's too soon. "Build a great company and those questions will answer themselves."

Craftsy videos are more highly produced than a typical "How To” video on YouTube.

The company is also feeling new pressure to create videos in other languages, after it became apparent that 30 percent of revenues are coming from overseas. Levisay has put the brakes on that for now. "We still haven't scratched the surface domestically in a lot of our categories. Focus on that."

As for his own passions, Levisay said he and his daughter are starting to get into cake decorating, and he personally would like to see Craftsy provide music classes. "I would love to be able to take guitar lessons from home."

Correction: This story has been updated to reflect that Josh Scott is a former COO and that all of the founders previously worked for the website ServiceMagic, now called HomeAdvisor.

Make sure you are using the latest version: run and ensure your version is 2017.07.02. If it's not read this FAQ entry and update. Issues with outdated version will be rejected.

Before submitting an issue make sure you have:

What is the purpose of your issue?

The following sections concretize particular purposed issues, you can erase any section (the contents between triple ---) not applicable to your issue

If the purpose of this issue is a bug report, site support request or you are not completely sure provide the full verbose output as follows:

Add flag to your command line you run youtube-dl with, copy the whole output and insert it here. It should look similar to one below (replace it with your log inserted between triple ```):

If the purpose of this issue is a site support request please provide all kinds of example URLs support for which should be included (replace following example URLs by yours):

Note that youtube-dl does not support sites dedicated to copyright infringement. In order for site support request to be accepted all provided example URLs should not violate any copyrights.

Description of your issue, suggested solution and other information

Explanation of your issue in arbitrary form goes here. Please make sure the description is worded well enough to be understood. Provide as much context and examples as possible.
If work on your issue requires account credentials please provide them or explain how one can obtain them.

Clotrimazole vs miconazole vs tioconazole